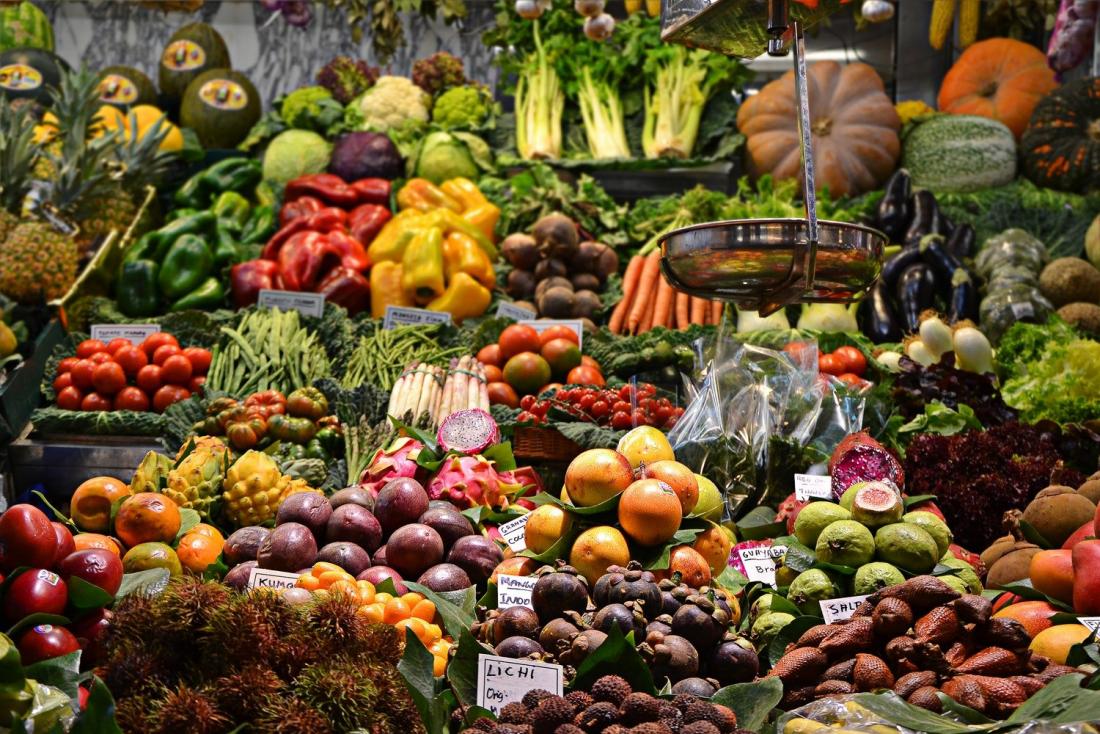 Colorectal cancer is quite common, especially among the aging population. An important risk factor for colorectal cancer is diet, and dietary choices are also vital during and after treatment. In this Spotlight, we give you an overview of which diets are best, and which are best avoided.

Colorectal cancer is a type of cancer that affects a person’s rectum, colon, or both. This is also known as the large intestine.

According to the American Cancer Society (ACS), 2018 could bring around 97,220 new diagnoses of colon cancer and 43,030 new cases of rectal cancer to the United States.

This type of cancer is more likely to appear in older individuals, but there are many other risk factors associated with its emergence, such as genetic and lifestyle factors.

Of the latter, one of the most cited risk factorsTrusted Source is diet — referring specifically to poor dietary habits that often also lead to obesity.

Below, we look at which foods and nutrients have been said to raise the risk of colorectal cancer, and which types of diet have been deemed helpful in its prevention.

We also cover the diets most likely to keep the body resilient during and after treatment for this type of cancer.

Prevention: What to avoid

Numerous studies have indicated that a diet too rich in red meat is associated with a heightened risk of colorectal cancer. “Red meat” is definedTrusted Source by the World Health Organization (WHO) as “all mammalian muscle meat, including beef, veal, pork, lamb, mutton, horse, and goat.”

A reviewTrusted Source of the evidence supporting this link notes that “consumption of red meat might be related directly to the incidence of [colorectal cancer] or indirectly because a diet high in meat tends to be low in vegetables, fruit, and fiber.”

A studyTrusted Source of North Italian populations showed that individuals who eat red meat alongside eggs, cheese, and other fatty foods — as well as refined starches — on a frequent basis had an almost twice higher risk of developing rectal or colon cancer than their peers who favored a plant-based diet.

More recent research also revealed that “a daily increase of 100 [grams] of all meat or red meat is associated with a significant 12–17 percent increased risk of colorectal cancer.”

In 2015, a reportTrusted Source published by the International Agency for Research on Cancer made the news by pointing out that every 50-gram portion of processed meat, such as bacon or salami, eaten every day increases a person’s risk of developing colorectal cancer by 18 percent.

This evidence led the WHO to classify processed meats as “carcinogenic to humans.”

The damage caused by unwholesome diets made the headlines again in early 2018, when a study published in The BMJ reported that “ultra-processed foods” might increase the risk of developing various types of cancer.

Prevention: What to eat

So, if a high intake of red meat and processed foods contributes to the risk of colorectal cancer, what should be eaten to protect our bodies from this outcome?

According to the ACS, a diet high in fruits, vegetables, and fibers could help to minimize the risk, and many existing studies seem to support this advice.

A study from the Loma Linda University in California found that vegetarian-style dietsTrusted Source are linked to a decreased risk of colorectal cancer. The researchers studied four types of plant-based diet. These were:

All four of these plant-based diets were deemed to be less likely to lead to cancer than non-vegetarian diets.

One study from last year also suggests that the more colorful your meal the better, and that individuals should focus on integrating a rainbow of fruit and vegetables into their diets.

More specifically, their experiments on the pig model — which provides the closest resemblanceTrusted Source to the human body in terms of metabolic processes — indicated that purple potatoes might protect against colon cancer.

That may be because these root vegetables contain compounds that reduce levels of certain pro-inflammatory proteins in the body, and inflammation is known to contributeTrusted Source to colon cancer risk.

Recently, researchers have also isolated a number of elements typical of Mediterranean-style diets that could help to prevent the onset of colorectal cancer.

People with a low risk of developing this condition ate plenty of fruits, vegetables, nuts, and whole grains, as well as fish and poultry, rather than red meat, and they drank little alcohol and soft drinks.

What to eat during and after treatment

According to guidelines from the Dana-Farber Cancer Institute in Boston, MA, people undergoing treatment for colorectal cancer should also favor the “rainbow plate” meals and eat a varied array of fruits and vegetables to support their immune system.

Eating small but frequent portions is another approach that specialists at the Dana-Farber Institute suggest that people following treatment may find useful.

They advise patients to stay hydrated and avoid alcohol and caffeine, explaining that some types of medication may clash with these beverages.

But a previous study conducted by researchers at the Institute — which we covered on Medical News Today — indicated that those undergoing treatment for colorectal cancer had an almost halved risk of cancer recurrence if they drank four cups of coffee, or 460 milligrams of caffeine, per day.

As lead study author Charles Fuchs explains, “We found that coffee drinkers had a lower risk of the cancer coming back and a significantly greater survival and chance of a cure.”

Research published last year in JAMA Oncology suggests that a diet high in sources of fiber may improve survival rates for patients with stage one colorectal cancer. Eating whole grains was also linked to a better treatment outcome, the researchers noted.

As for the risk of developing a second cancer following treatment, the ACS say that it can be reduced by making the same healthful diet choices advised for the prevention of a first cancer. These include maintaining a healthy weight, placing “an emphasis on plant foods” in daily meals, and avoiding alcohol intake.

In fact, Dr. Victor Moreno — from the University of Barcelona in Spain — and colleagues found that lifestyle factorsTrusted Source are more important than genetic risk factors when it comes to the development of colorectal cancer.

“This is important, considering that lifestyle, unlike genetic traits, is somewhat modifiable.”

This suggests that a “revamp” of personal health choices may go a long way toward supporting positive outcomes.

Source: The best diets to prevent and fight colorectal cancer