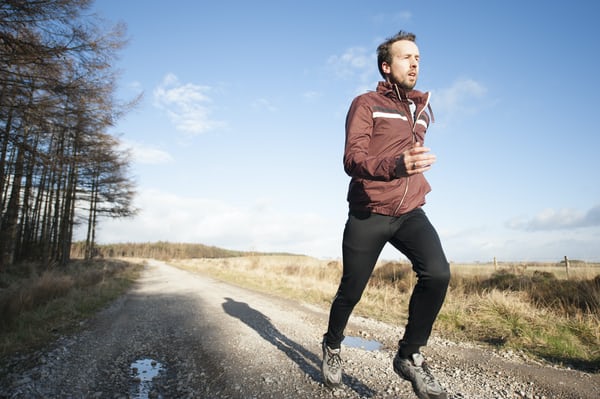 The American Cancer Society (ACS) expects to see around 104,270 new cases of colon cancer and 45,230 new cases of rectal cancer in the United States in 2021.

Colorectal cancer is the thirdTrusted Source most common cancer in the U.S. and the second cause of cancer-related deaths.

The incidence varies around the world. It is more commonTrusted Source in countries with a higher economic status, but according to a 2021 analysisTrusted Source, it is also more likely to affect individuals with a low income.

Fatality rates have been falling due to medical advances. Also, the 2021 analysis observes that numbers of diagnoses are rising among people younger than 50 years old, possibly due to improvements in screening.

In this article, learn about the symptoms of colorectal cancer and the treatments. Also, find out about the risk factors, some of which are avoidable.

Colorectal cancer may not cause symptoms in the early stages. If it does, they may include:

The symptoms can be similar to those of many other health conditions. Anyone who has concerns about these symptoms should seek medical advice.

Among people who receive a diagnosis of colorectal cancer after reporting symptoms:

Among those who receive the diagnosis after seeking emergency medical assistance:

Some people only notice symptoms in the later stages, when the cancer has spread to the lungs, liver, or other areas. The symptoms can depend on the area affected.

If cancer spreads to the liver, a person may have jaundice, which causes yellowing of the whites of the eyes. If a person has white or light brown skin, it may also appear yellowish. If cancer affects the lungs, the person may have difficulty breathing or a cough.

Treatment will depend on several factors. These include:

Treatment options include chemotherapy, radiation therapy, and surgery. Palliative care can help manage symptoms, such as pain, and improve the quality of life.

Surgery is the primary treatment for colorectal cancer that is limited to the colon. It aims to remove cancerous tissue, including tumors and nearby lymph nodes, and prevent the cancer from spreading.

The surgeon usually sews the bowel back together, but they may need to insert a stoma and colostomy bag for drainage. This is often temporary.

Surgery may remove all traces of early stage cancer. In the later stages, surgery cannot stop the cancer from spreading, but removing a blockage can help ease any symptoms.

Chemotherapy drugs destroy cancerous cells throughout the body. This may help treat colon cancer or shrink a tumor before surgery. It can also help relieve symptoms in the later stages.

This approach, however, can have widespread adverse effects, as it targets both cancerous and healthy cells.

This involves taking drugs that target specific proteins to slow or prevent the growth of cancerous cells.

The adverse effects are usually less severe than those of chemotherapy because these drugs only target specific cells.

This drug treatment helps the body use its immune system to detect and eliminate cancerous cells. It may help some people with advanced colorectal cancer.

Possible adverse effects include an autoimmune reaction, in which the body mistakenly attacks its own cells.

A doctor may recommend it to help shrink a tumor before surgery for rectal cancer. They may also use it alongside chemotherapy, in an approach known as chemoradiation.

It can have long- and short-term adverse effects.

Ablation involves using microwaves, radiofrequency, ethanol, or cryosurgery to destroy a tumor without removing it.

A surgeon delivers the therapy using a probe or needle guided by ultrasound or CT scans.

If colorectal cancer spreads to organs beyond the colon, progressing to stage 4, it is not possible to cure it. Other options may include:

In the future: Vaccines

Scientists are hopeful that a vaccine to treat colorectal cancer will soon become available.

Clinical findings published in 2019 concluded that one vaccine, called Ad5-GUCY2C-PADRE, may help people with colorectal cancer that has not yet reached stage 3.

It is not clear exactly why colorectal cancer occurs. Most cases probably result from a combination of environmental and genetic factors.

Around 70%Trusted Source of cases happen for no clear reason, while 10% appear to be inherited and 20% happen in family clusters.

Some other associated factors may include:

Polyps are sometimes precancerous. Learn about one type, called sessile polyps, that can develop in the colon.

Black Americans have a higher risk

Research from 2018 concludes that Black Americans are more likelyTrusted Source to develop and die from colorectal cancer than any other group in the U.S.

Explaining the reasons, the ACS cites socioeconomic factors and inequity in terms of screening specifically and healthcare generally, as well as employment, diet, and other factors related to daily life.

The authors of the 2018 analysis say that further research is needed to identify whether colorectal cancer affects Black people in specific ways, and they note that this investigation might lead to more effective treatment.

The stage of cancer refers to how far it has spread. Determining the stage helps doctors chose the most appropriate treatment.

There are different methods of staging. One method is:

Sometimes, treatment eliminates the cancer, but it comes back in the same area or another part of the body. This is called recurrent cancer.

Screening can detect polyps before they become cancerous. It can also detect colon cancer in the early stages, when it is easier to treat.

In 80%Trusted Source of cases, a doctor diagnoses colorectal cancer after performing a colonoscopy because the person has symptoms. Routine screening detects 11% of cases, and 7% of people with colorectal cancer receive a diagnosis after seeking emergency care for sudden abdominal symptoms.

The following are the most common screening and diagnostic proceduresTrusted Source for colorectal cancer.

Colonoscopy is the gold standard diagnostic tool for colorectal cancer. It has a high levelTrusted Source of accuracy and can show precisely where a tumor is.

The procedure involves using a long, thin, flexible tool called a colonoscope that contains a light and a camera. It allows the doctor to see the whole colon and rectum. They may also remove polyps or take tissue for a biopsy during the procedure.

A colonoscopy is painless, but some people take a mild sedative to help them stay calm. Beforehand, a person may need to drink a laxative fluid to clean out their colon. Bleeding and perforation of the colon wall are rare but possible complications.

This checks for blood in a stool sample. This issue can result from many conditions — it does not mean that cancer is present. A person can take their stool sample at home or at work.

Also known as a fecal immunochemistry test, this checks for hidden blood in the lower colon. It involves using a small kit to collect a stool sample at home.

What are some other causes of rectal bleeding?

This test checks for several DNA markers that colon cancers or precancerous polyps shed into stool. A person collects an entire bowel movement at home for testing in a lab. If the result is positive, a colonoscopy is necessary.

It is worth keeping in mind that this test cannot detect every DNA marker of cancer.

This procedure involves using a sigmoidoscope, a flexible, thin, lighted tube, to examine the rectum and sigmoid colon — the last part of the colon before the rectum.

The test takes a few minutes and is not painful, but it might be uncomfortable. There is a small risk of perforating the colon’s wall.

Barium is a contrast dye that can reveal any unusual features on an X-ray. A healthcare professional introduces it into the bowel as an enema.

A doctor may recommend a colonoscopy for closer investigation following a barium enema X-ray.

This produces images of the colon. It is less invasive than a colonoscopy, but if it reveals a mass, the person will need a colonoscopy.

Ultrasound, CT, or MRI scans can show if cancer has spread to another part of the body.

The outlook for someone with colorectal cancer depends on many different factors, including their age, their overall health, and the stage at which the cancer was diagnosed.

The ACS provides 5-year survival rates. These reflect the likelihood of living for at least another 5 years after the diagnosis, compared with a person who does not have colorectal cancer.

According to a 2010 report from the National LGBT Cancer Network, the risk of dying from colorectal and other types of cancer may be higher for gay men due to challenges in accessing appropriate healthcare.

Here, learn more about the life expectancy for people with stage 4 colon cancer.

Colorectal cancer can affect anyone, and it is not possible to prevent it. However, some measures may help reduce the risk.

Current guidelines from the American College of Physicians recommend regular screening for people who:

A doctor will recommend a specific schedule of screening. For example, they may recommend a stool test every 2 years and a colonoscopy or sigmoidoscopy every 10 years.

Dietary measures that may help reduce the risk include:

Moderate, regular exercise may help lower the risk of colorectal cancer. Exercise can also help reduce the risk of obesity, which is linked with colorectal and other cancers.

ExpertsTrusted Source have found that taking aspirin may help reduce the risk in some people, but speak with a doctor about this first.

Researchers are investigating the potential for vaccines to prevent colorectal cancer. One option that has been successful in mice is a vaccine that stops polyps from becoming cancerous. This might one day help people with a high risk.

Colorectal cancer is a common type and a leading cause of cancer-related death. Treatment in the early stages can remove cancerous cells and increase the chances of a positive outcome.

However, symptoms may not appear until the later stages. Anyone with a risk of developing colorectal cancer should ask a doctor about screening. Having regular screening improves the chances of an early diagnosis